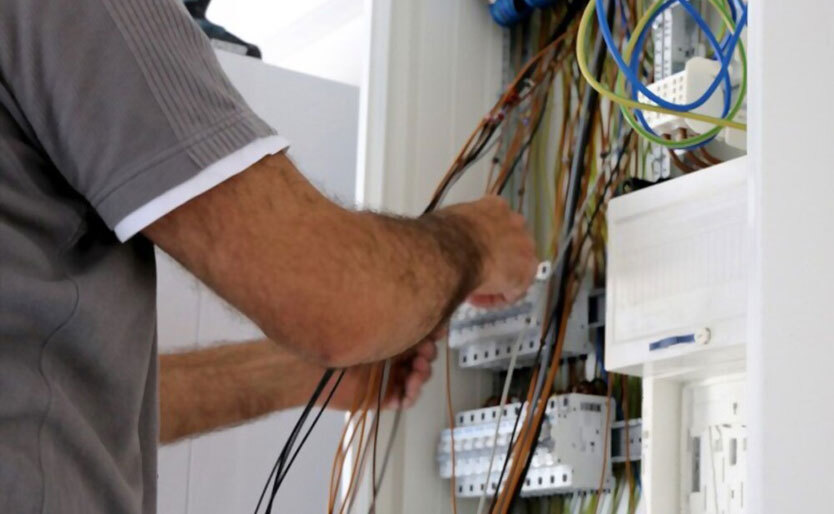 Electricity is an integral part of any property, including your house. Power is needed to run appliances, maintain a comfortable temperature and get things done overall. Everyone must, therefore, have at least a basic understanding of what constitutes residential electrical wiring and how the system works. This is to avoid any issues and manage the system in case an emergency arises.

The basic components of wiring

While every residential building has its electrical wiring structure, at the core of it all, certain components are the same everywhere. These basic components include:

The electrical service entrance is what brings power from the grid to the house. The equipment primarily consists of three wires, two hot wires, and one neutral wire. These wires may be hung overhead (a service drop) or maybe grounded (a service lateral). The two hot wires each carry 120 volts, which means that they carry a total of 240 volts to power the house.

The service panel also contains the main breaker, which cuts off the power being distributed around the house, though some residential properties have a disconnect switch meant specifically to cut the power in case of emergencies.

The rest of the electrical distribution is done through the help of outlets that are strategically placed throughout the house. The power in the outlets is controlled by switches that help turn on or off the electricity as and when needed. Finally, devices refer to all the electrical appliances connected to the power, like lights, microwaves, dishwashers, irons, etc.

Residential wiring is pretty straightforward. The main components are nearly identical in all cases, and there are several fail-safes in place to prevent accidents related to electricity. Aside from the breakers, the service entrance wires consist of two hot wires,  which carry power from the service panel to the rest of the house, whereas the neutral wire carries the power to the service panel; this prevents overloading as extra current is returned. Knowing the basic wiring system is necessary to safely do small repair work around the house.